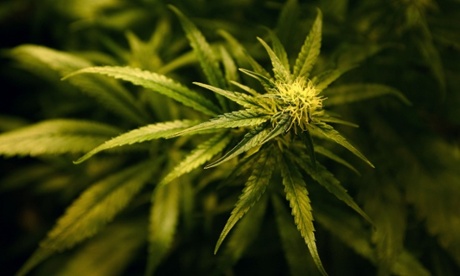 The Tasmanian government has rejected the recommendation of an interim parliamentary report calling for the immediate decriminalisation of medicinal cannabis.

A joint upper house committee report tabled on Thursday said state laws should be changed on compassionate grounds so users with a legitimate medical need were not prosecuted.

The health minister, Michael Ferguson, said Tasmania would continue to work with other states to explore the potential use of cannabis-derived products for medicinal purposes, but that legislation will not be changed in the meantime.

“Advice from Tasmania police is it’s not necessary and could potentially create a new set of problems, including opening up the risk that people would self-medicate, with no licensing or limit to quantity,” he said in a statement.

The committee inquiry, chaired by independent MLC Ruth Forrest, found that current Tasmanian laws did not reflect the reality that cannabis was already widely used as a form of pain relief, as an antiemetic and as a means to control medical conditions including rare forms of epilepsy. The report found support among Labor and the Greens.

“It’s disappointing to see the Liberal government seemingly dismiss the report almost as soon as it was tabled,” opposition spokeswoman Lara Giddings said.

Thursday’s report also recommended that inroads be made to investigate a legislative framework for the legal cultivation and supply of medicinal cannabis in Tasmania.

The committee received 77 submissions and held public hearings over three days during which 23 groups and individuals gave evidence, including medical experts and current users.

The inquiry will continue, including hearing evidence from interstate witnesses.